When animal-lover and designer Kimberly Spector rescued her dog Mowgli from the street, she never dreamed it would lead her to saving other animals and gifting celebrities at Hollywood’s most prominent awards gift lounges.

Kim finds herself influenced by the sumptuousness of Indian apparel and accessories, using Swarovski crystals in many of her pieces, meticulously applying them by hand for an effect that is both opulent and unexpected.

The Nair & Bjorn RescueWear line, on the other hand, is trendy and vegan. Featuring stamped inspirational phrases relating to pet rescue and animal advocacy and adoption, the RescueWear line is favorite among animal lovers, and a testament to the unconditional love that only an animal can give. 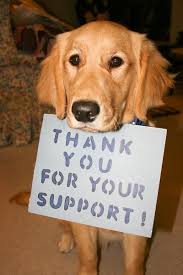 Giving Back to Animal Rescue

What began as an outlet to be creative, one of Spector’s passions has also helped to give back to one of her other passions––helping rescue animals. She is extremely devoted to this cause, helping rescue animals “one accessory at a time” by donating 20% of sales to no-kill shelters and animal charities.

Fueled by her passion to help rescue animals and support “Adopt Don’t Shop,” Spector donates to several no-kill rescues and has created a complete line called RescueWear which includes creative designs that highlight the love of different breeds and promotes animal adoption and awareness.

To date, Nair & Bjorn has donated to help 32 no-kill rescues/shelters and 4 animal charities in a total of 9 states in the U.S., as well as 2 different countries and The Bahamas.  They have their designs in 18 different countries throughout the world.

Thanks to my guest Kimberly Spector! Find out more here: https://nairandbjorn.com/